Observium includes the ability to poll and graph arbitrary custom OIDs. This is useful to add quick support for metrics and devices which aren't yet fully supported by Observium. This is often easier than adding support for things in the Observium codebase itself, but is not recommended for things which are relatively simple to add support for, like Sensors, CPU and Memory statistics.

This feature is particularly useful for uncommon metrics, like wireless radio statistics or statistics from unusual appliances.

This is a feature which is currently only included in the Subscription Edition of Observium.

Click on the “Custom OID” menu in the global menu (the one with the globe), and you’ll arrive at an overview of the custom OIDs configured by on your Observium. 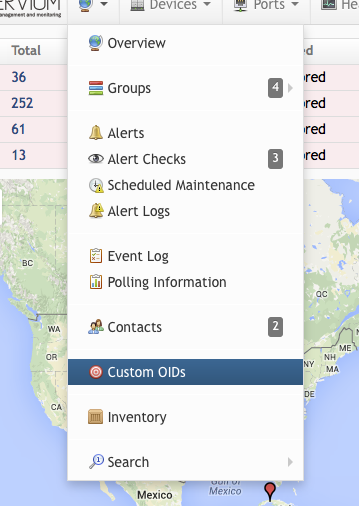 Then click on the “Add Custom OID” option in the right top corner to get the input fields: 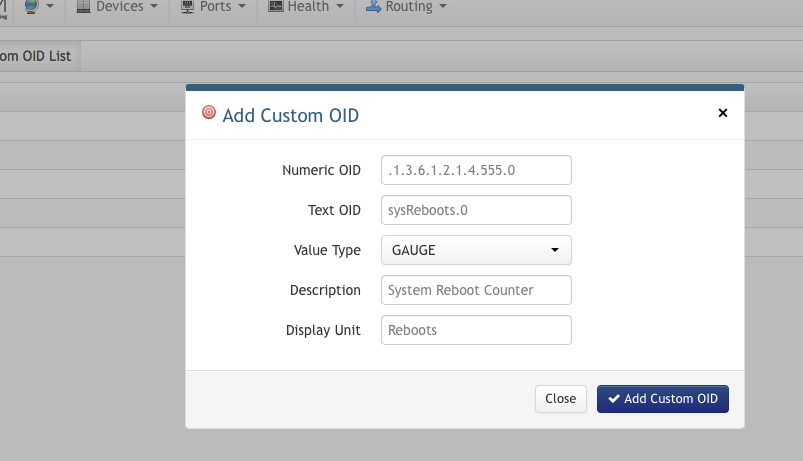 There are a number of fields to be filled in:

Once you’ve filled in the form, submit it, and you’ll be returned to the overview of custom OIDs.

Next you need to associate the custom OID with device(s). This association system is allows you to only write a custom OID once, and the associate with an unlimited amount of devices

Aggregated graphs can also be seen in the Custom OID section itself.

These graphs are also viewable as stacked graphs as well as simple line graphs for instances where that's useful.